Joint Statement on the conditions of Eritreans in Israel

Posted on Dec 18, 2019 by Organization Of Eritrean Unity Leave a comment 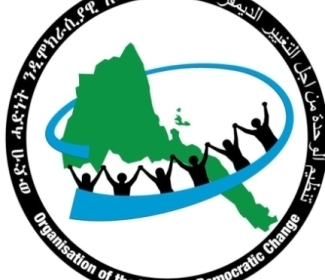 Joint Statement on the conditions of Eritreans in Israel

The bloodshed that has been going on among Eritrean brothers living in Israel for several years has been shocking and saddening to every Eritrean. This escalating bloodshed is brutal and barbarous activity which is devoid of Eritrean culture and ethics that no human should ever encounter. Such kind of inhuman action, no matter who does it or upon whom it is inflicted, must be condemned.
Based on this, we, the undersigned Eritrean pollical forces and associations indubitably denounce the barbaric action that has been taking place in Israel. We therefore urge that the culprits be brought to justice. We would also like to remind the Israeli government to seriously behold the safety of Eritrean refugees under its tutelage and put an end to the repeated crimes once and for all.
Many Eritrean brothers have lost their lives and many others faced physical disability due to these derogatory activities that occurred in various places at different times. At this juncture, we pray that the deceased rest in peace; we condole their families and wish recovery to those who suffered the lesion and wound on account of the incident.
The PFDJ regime is the sole beneficiary of the bloodshed that occurred among brothers. The regime is working day and night to obscure our future as people and country by creating confrontation among Eritreans and by submerging Eritrean brothers and sisters into an endless bloodshed. We Eritreans must discern the regime’s wicked aim, stand in unison and understand that it is our responsibility to choose the path that will enable us to live in peace and unity in our country. A system of governance comes and goes but people are eternal.
Our people need to be aware of the irresponsible and wicked attempts of various media outlets to disseminate misguided information about this malicious incident in order to create division among the Eritrean people. Eritrea belongs to all of us and we all belong to Eritrea.
Once again, we denounce the barbarous action and urge everyone to immediately stop the confrontation among nationals of same country and see to it that such a cruel incident that is devoid of the Eritrean culture and ethics does not repeat itself. We support concerned Eritrean brothers and sisters who have taken the initiative to solve the current problem through reconciliation and at the same time appeal that all Eritreans discharge their due responsibility.
Victory to The Eritrean People!